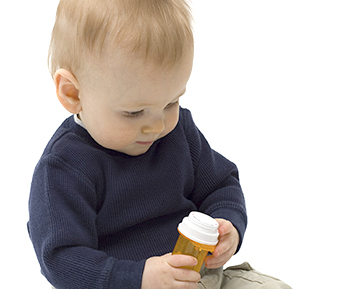 Child-resistant closures (CRCs) come in many designs, and are vital for prevention of harm from toxic chemicals or pharmaceutical products. Guaranteed performance is key:

In selecting CRCs, a type is selected with characteristics measured in force and torque, applied separately or simultaneously, such that either complexity or effort or both deter a young child from opening the closure, but such that neither complexity nor effort deter adult users. The required force or torque ranges are predictable, so closure design is to these parameters. However, standards body classification and clearance relate only to confirmation of security and suitability through human panel testing:

Large samples of people, behaving and interacting normally, are used to test combined CRC and container designs. Children are allowed to collaborate, adults to give up. The importance is that this method of testing is experiential and real; but it is expensive.

If a closure or container design has been approved through panel testing, then even minor modifications still require approval. Panel testing is very expensive, so where mechanical tests can produce valid comparison against a reference, minor modification testing can be done this way. This is the sole intention of the test standards.

Quality verification or QC during manufacture of containers and/or closures

Clearly, variation in manufacture processes exist, so quality control is vital. Whilst the test standards are not designed for this, they are useful for describing methods of repeatable testing against reference measures, for the production line.

Push-down-to-turn caps (ASTM Type I) require engagement of two parts of a cap to generate enough release torque. These are continuous threaded (CT) closures that use a random push down while turning.

Lug-finish caps (ASTM Type II) are multi-threaded, like a jam-jar, such that thread lugs click into a seated position on closure, requiring an initial downward force to release the lugs back onto the screw threads for release.

Snap caps (ASTM Type III) snap on over a ratchet collar from which they are far less easily forced. By rotating and aligning release points on the cap and the container, they pull or push off with little effort.

Any plastic cap can be forced with enough strength, and any mechanism may have manufacturing faults that make it harder or easier to release than intended. Testing has to take into account what anyone might do, including stripping the thread or shelling a two-part cap. As with flexible plastic products of any kind, repeated use, and even extended resting in a particular conformity, will alter the opening characteristics, as will incorrect initial production line closure. Extended, repeated testing of the same sample at defined time intervals is sometimes required.

Among the requirements for CRCs there are tensile, compressive and torque tests. In no case in the standard test methods are the values of force and torque simultaneously measured. A torque release point may be used to indicate that sufficient force has been applied to overcome a lug or engage a two-part cap, but the torque at that point is not evaluated. A small torque is only applied to detect the release point, at which the applied force is measured.

Squeeze-lug force is perpendicular to applied torque, so is not as easy to measure in a purely machine-oriented way. A number of standards relate simply to torque, with the CRC element engaged/disengaged for operation. Releasing forces to squeeze or push can also be applied excessively, increasing apparent release torque through thread friction. Finally, the standards at times state that any force or torque above a certain value indicates acceptability, rather than testing and comparison within tolerance bands.

Quality testing is different, since the performance of a closure all through its operation cycle can provide markers of manufacturing drift, such as heat distortion, or injection moulding burrs and flash. Security-feature release forces must therefore be applied accurately and consistently. So where ASTM and ISO envisage hand-operation with force and torque gauges, production quality supervisors will have not just repeatability, but RSI and fatigue effects also in mind.

Mecmesin test instruments and fixtures ensure accurate, repeatable testing for quality verification of CRCs, by taking the variable human handling element out. Our digital torque gauges (Tornado, Orbis and Captest) are sufficient for some tests, but full control is obtained with the Vortex or Helixa. For tensile tests on push-off caps, or shelling two-part caps, a MultiTest 2.5 is recommended. In most cases, caps require a custom mandrel to grip them precisely every time and without any distortion to the thread. Our engineers can design and supply single and split mandrels for any requirement. 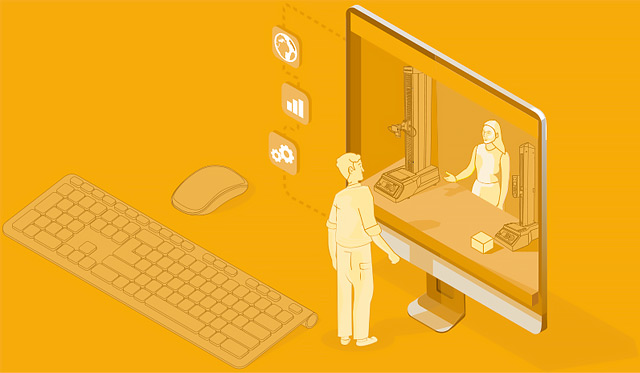